, /PRNewswire/ --  (Nasdaq: MGPI) will release Series II of their annual Remus Repeal Reserve this . Produced to commemorate Prohibition Repeal Day, Series II is a highly limited bottling that will be available as of , the birthdate of brand namesake . This year's medley will showcase more than ten years of reserve, aged bourbons in the first 2007/2008 release from , and will be presented in select tastings for whiskey lovers through , National Prohibition Repeal Day. 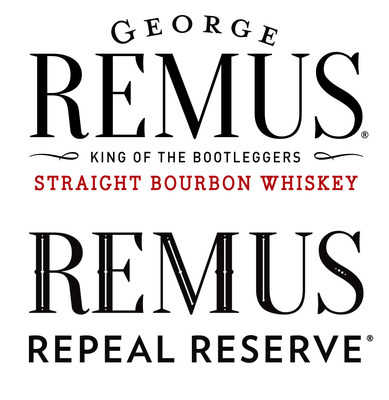 Named after the legendary "King of the Bootleggers," Remus Repeal Reserve is an annual series from ® Bourbon, crafted at MGP's historic, 170-year-old distillery in . Made in a signature high-rye style, the medley changes each year allowing the distillery team to experiment with their various mash bills and cask-aged reserves. Remus Repeal Reserve Series II is a limited release that showcases a medley of two mash bills from 2007/2008. It is comprised of 15%, 2007 Bourbon (21% Rye); 50%, 2008 Bourbon (21% Rye); 10%, 2007 Bourbon (36% Rye); and 25%, 2008 Bourbon (36% Rye). The complex aroma shows maple with vanilla, caramel, toasted oak and bold spice, with a harmonious palate of sweet vanilla, caramelized brown spice, vanilla, smoke and maple on the finish.

"The launch of Remus Repeal Reserve Series I exceeded our expectations last December," says , Vice President of Brands, . "The development of a limited release that allows our distillery team to present an experimental, complex blend from the best of our bourbon barrels each year has been a rare opportunity. We're continuing to push the limits with this year's edition. Series II presents an even bolder high-rye profile but builds on our theme of weaving multiple bourbons into a beautifully smooth style for the ultimate in sipping pleasure."

Remus Repeal Reserve Series II retails for a suggested per 750-ml bottle and will be available in limited quantities as of . It is bottled at 100 proof/50% ABV. For more information, including samples and upcoming events, please contact , helen@gregoryvine.com, or , amanda@gregoryvine.com.

About ® Bourbon
, a bourbon brand named after the legendary "King of the Bootleggers," is made by at their historic distillery. George Remus Straight Bourbon Whiskey is a high-rye blend of bourbon whiskies, aged over four years, with a hint of vanilla, a maple aroma, and a sweet-yet-characteristic rye flavor (SRP: per 750-ml bottle). Remus Repeal Reserve Series II is crafted from 2007/2008 reserve bourbons and is available in limited quantities (SRP: per 750-ml bottle). is currently available in , , , , , , , , , , and . Connect with us: GeorgeRemus.com, Twitter (@GeorgeRemus), and Instagram (@GeorgeRemusBourbon). G. , , 50% ALC/VOL. Be Legendary. Sip Responsibly.